Creators of XRP tokens Ripple has ended its lawsuit against YouTube for its alleged part in the cyber scam that defrauded people through fake XRP giveaways. This announcement was made by Ripple CEO, Brad Garlinghouse. The scammers were said to have used the video-sharing platform, YouTube, to upload the clips of Garlinghouse to promote their various fraudulent crypto hustles.

They also used it to fake XRP giveaways. The fake XRP giveaways were launched by the scammers in which they solicited sums between 5, and 1,, XRP from users on the promise that five times the original amount would be returned to them. Ripple and Garlinghouse had filed a lawsuit against YouTube, claiming they were well aware of the fake accounts but turned a blind eye towards it because of the monetary profit the platform gained in the process.

While the Ripple CEO disclosed that conclusions have been made and that the two firms would work hand in hand to ensure scams like these are prevented, he also called out social media sites generally to be more responsible. According to him, they had the responsibility to police their platforms and rid them of fake accounts. As the cryptocurrency market is growing rapidly, scammers are also finding new ways to steal funds.

Recall the popular massive Bitcoin scam where celebrity influencers were being used to promote bitcoin and currency trading schemes only for them to turn out to be scams. Most celebrities whose identity was stolen had no idea about the fraud, until they discovered that scammers were ruthlessly abusing their images and reputations to defraud innocent people.

The scams were carried out on numerous social media platforms and websites. 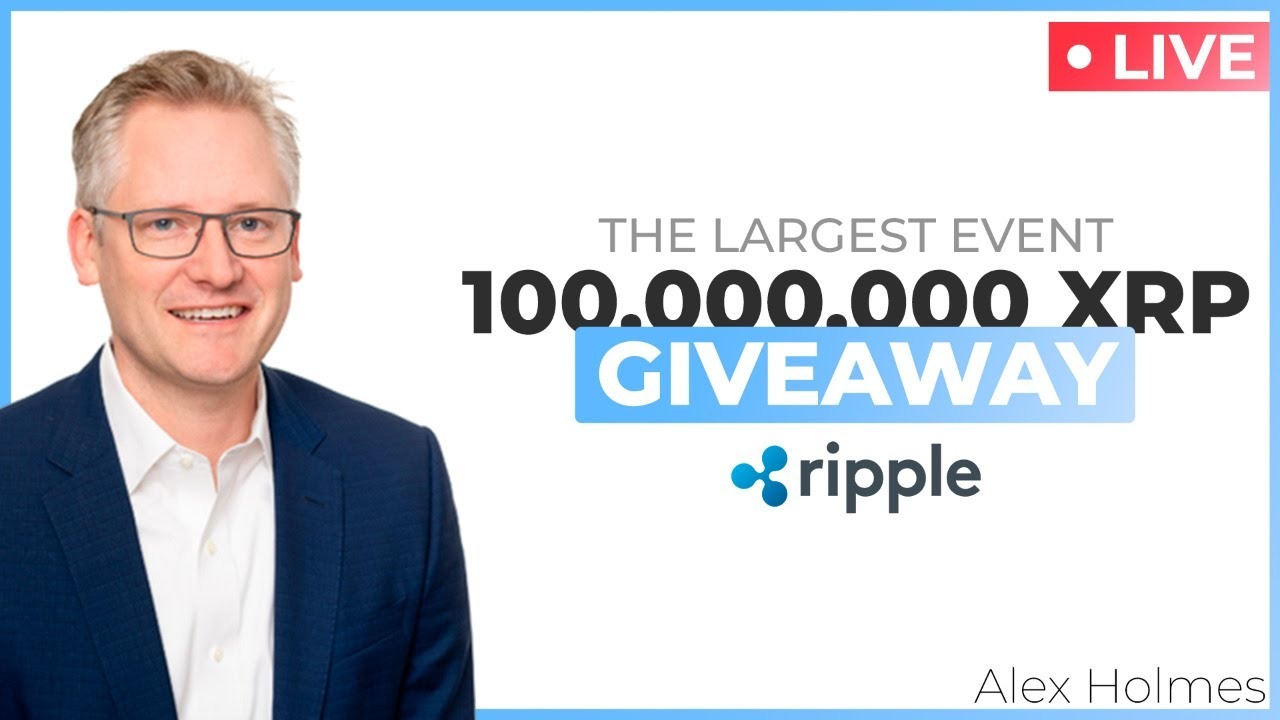 Ripple and its CEO Brad Garlinghouse have settled a lawsuit filed against the Google-owned video-sharing platform YouTube over videos on the platform that allowed scammers to impersonate Garlinghouse to promote XRP giveaway scams. Scammers have long been impersonating high-profile members of the cryptocurrency community and not just on YouTube.

On Twitter, they even hijacked verified accounts to change their names and promote cryptocurrency giveaway scams. The complaint pointed out YouTube was not meeting the standards it set out in its own community guidelines to keep scammers and impersonators away. Social platforms are starting to acknowledge their role in allowing crypto scams to persist and recognize the need to be part of the solution.

According to Decrypt, in an interview Garlinghouse shared the settlement will see both companies together fund a non-profit organization dedicated to helping victims of cybercrime. Featured image via Pexels. Related Articles. You Might Like. Ads by Cointraffic. Most Read. FTX Launches Innovative Perpetual Futures Products Based on MVIS-CryptoCompare Indices 3 Jun Coinbase CFO and CEO on Dogecoin, Demand From Institution Investors, Future of Crypto 14 May 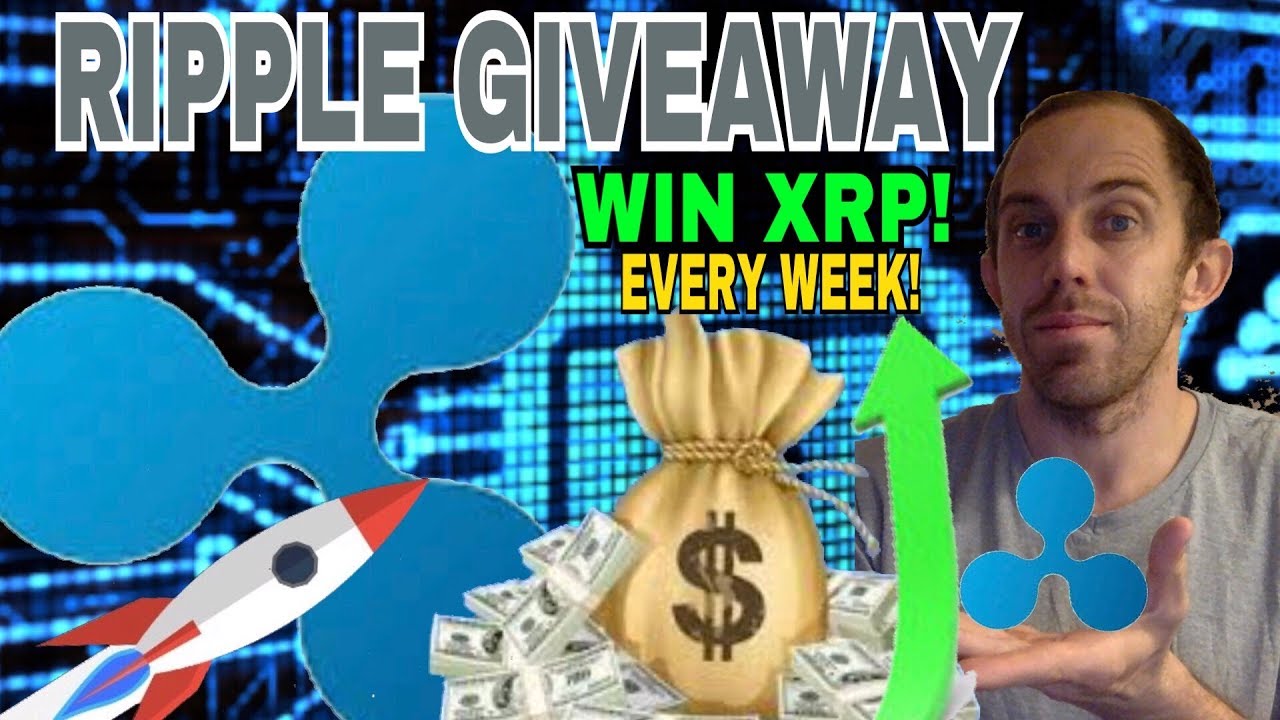 By jumperabv3 , June 24, in Competitions and Giveaways. So I submitted those details a few hours ago and indeed got 1 XRP, absolutely free, didn’t have to do anything to get it. I’ve just received an email from them so I checked my Ripple wallet. It’s there! Whilst 1 XRP is not a large amount – getting it absolutely free and without any effort is definitely worth it. Enjoy it while it lasts and please report if you also got your free 1 XRP!

June 24, They aren’t giving away free xrp, they are buying your personal information, specifically your email address and your ripple address for about 30 cents. What will they do with your information? Will t. Please do not use, this can be a phishing mail registration form or something like that. Also it is not smart to give away your personal details, especially when you own cryptocurrencies this could hu.

Ripple and Garlinghouse filed a lawsuit against YouTube LLC in April , claiming that the platform itself had profited from the fraudulent activity, and that it had failed to exercise its administrative powers to stop it. Garlinghouse announced on Twitter on March The account would then be set up to look like a prominent cryptocurrency figure, such as Garlinghouse himself. A fake XRP giveaway would then be launched, which solicited sums between 5, and 1,, XRP from users on the promise that five times the original amount would be returned to them.

Ripple and Garlinghouse alleged that YouTube knowingly profited from such scams due to its tendency to continue to run advertisements on the fraudulent videos in question. Garlinghouse suggested progress was being made, but that social media sites still had a responsibility to lead the clean-up of their own platforms. Garlinghouse wrote:. Details regarding the nature of the settlement between Ripple and YouTube remain confidential, said Garlinghouse, who noted that accountability was required at a time when national governments were examining the cryptocurrency space more closely.

Ripple remains under investigation by the United States Securities and Exchange Commission for an alleged violation of the securities act. Bitcoin price witnessed an exponential growth after weeks of downtrend or consolidation.

By jmar42 , March 4, in Competitions and Giveaways. Anybody get this phishing today? I like the way they spelled „Intrutions“. ErikNL 1 post. XRP-JAG 2 posts. March 4, Seems legit. March 5, For why? Putting aside the rather large fact that a purchase of XRP is not a stake in Ripple

San Francisco-based fintech company Ripple continues to pump XRP into a growing ecosystem of adjacent startups — despite an ongoing legal complaint alleging that XRP is an unregistered security. Thomas and Ripple were the sole participants in the round. Coil relies on the Interledger protocol, which Thomas told CoinDesk in May will eventually support cash-out options for other cryptocurrencies.

With regards to the digital media empire Coil hopes to attract, Thomas said:. However, for now, content creators are still in short supply. Now armed with a deep crypto treasury of its own, Coil itself is set to become a second focal point of XRP distribution. Beyond Imgur and Cinnamon, Coil is also partnering with a mobile browser startup called Puma Browser.

Puma Browser co-founder Yuriy Dybskiy told CoinDesk his Coil-powered mobile browser garnered downloads on iOS and on Android since it launched in July. Puma Browser partnered with Coil to enable XRP payments for applications such as the mobile game Flood Escape. Players who pay with XRP get extra perks, like enhanced character speeds. The two-person Puma Browser team is currently courting investors to raise a round of its own, including Xpring and other funds in the XRP ecosystem.

These cryptocurrency giveaway scam posts include branding and profile pictures that look exactly like the imagery that the company or individual uses. Is this your lucky day? These posts are scams. They exploit high-profile social media accounts to trick followers into enriching scammers at their own expense. To date, these scams have defrauded victims out of hundreds of thousands of XRP, valued at tens of thousands of dollars.

We want to make it known that neither Ripple, nor any executive of our company, has offered—or ever will offer—free giveaways of digital assets. Any XRP giveaway is not endorsed by, affiliated with, maintained, authorized or sponsored by our company. Hundreds of consumers have been hurt by these entirely preventable imposter scams. In an effort to shine a light on this dark shadow that is strangling the utility and adoption of cryptocurrencies, we outline advice for spotting and reporting these harmful giveaway scams.

For any real sweepstakes, winnings are always free and never ask for money or financial account information upfront. Impersonations are more challenging to spot—often because scammers create a sense of legitimacy by using logos, company executive social handles, profile images and graphics or branding that match real corporate imagery. The key here is personal due diligence.

If an ad is real, more than likely the sweepstakes are also featured on the main pages of legitimate company sites. Also, you can contact the company directly and inquire about the contest.